What is an influencer?

An influencer is a person who, by his or her professional or (social) media status, can influence consumer behaviour in a given universe.

The role of the influencer, in terms of recommendations, is one of a prescriber to their community — but it can be even more than that.

Since the Internet is the main vector of influence for many individuals (bloggers for example), the concept of influencers is most widely used in this online environment. In this case, we are talking about e-influencers.

The influencer is therefore the person who will initiate word of mouth in real life (bars, brand events, concerts …) but also on social media (Twitter, Facebook, Instagram and so forth). The influencer is the person at the origin of what we call today, a ‘buzz’ by sharing quality content regularly with his or her community.

Who are the influencers?

Now, if we look at the blogosphere in general, I believe we can divide it into three groups:

The new bloggers — beginners who have just arrived in this new world of communication and sharing. Some might not yet have any influence, however this is a fast-growing environment and even small bloggers can quickly become influencers. The best ones have to be followed and watched.
The middle bloggers — they have most probably been participating in the blogosphere for approximately two years. They have started to have a certain notoriety and larger loyal communities. They gain more and more influence every day.
The big bloggers — these are ones that we now call influencers.
YouTubers and Instagrammers might be considered influencers by virtue of having a certain number of followers but this should not be the only consideration. After all, it is easy today to buy followers from diverse websites. Everybody could have 100K followers in a couple of hours. Instead, their influence should be evaluated on the basis of their reach and engagement with their communities. On Instagram for example, the level of influence might be gauged according to the number of likes and comments on a photo. On YouTube, it might be the number of views and shares of a video.

The new marketing of influence

The marketing of influence has always been out there. It is a technique that consists in spreading a message to a specific marketing target via a person considered to have a strong influence on the same target. The influencer is the representative, the ambassador of the brand.

A couple of years ago, we would have asked our families, friends or colleagues about a product that we were about to buy. It was simply reassuring to know that this person had used it and knew what he or she was talking about by recommending it.

Nowadays, the marketing of influence has simply evolved towards a new way of communication. It has become a promising new technique of sharing and inspiration. The first reflex we have now before buying something is to check on the internet and social media for reviews by consumers who have tried the product. We seek for information, advice and expertise in a precise field in order to inform a decision to purchase. This expertise that we look for is usually found on blogs and social media (YouTube video reviews/tutorials, for example).

The role of an influencer is to make your brand, product or services known to a larger and targeted audience. Their role is to influence but also inspire people. Instagram is a perfect example for inspiration through photography.

Recently, the company Augure led a study with approximately 650 professionals working in the communication and marketing sectors in Europe (France, Spain and United Kingdom).

The results showed that:

Influencers have created a new form of purchasing behaviour. They directly influence online consumption. Online commerce has become social; we now can see Facebook Boutiques, Tweet shops and so forth.

The role of the influencer will be important here as they will be able to bring their community to the purchase action by convincing and inspiring them about the product. Influencers are here to make people discover new things that they might like and therefore buy.

There is obviously a big potential for social commerce. People tend to buy more and more on the web. As they surf on blogs, Instagram accounts or YouTube channels, they are able to encounter a new product through a marketing campaign realised between a company and an influencer. They will see the product in a different way than they will on the website of the company. Here, the vision of the influencer is dominating; it is his or her videos, photos, words. That is how the potential client might be convinced and therefore decide to purchase the product directly. It is a Like-to-Want action.

As well as the big influencers, it is important for a company to consider its own customers as influencers too. This was brought out in a study in France led by Cross Culture Media. They found that:

One cyber-buyer out of two — mostly women — share their purchase on social media. These women then become the prescribers for the brands, as they take pleasure in sharing their shopping ideas;
85% of e-shoppers are using social media to communicate and share about their purchase actions;
9 internet users out of 10 said that they are influenced by the advice and recommendations they are reading on blogs and only 14% trust general advertising (TV, radio and so forth) for the same products;
67% are spending more online after reading a post on a blog about a product;
Sharing and advice from bloggers generates on average 3.2 additional visits on ecommerce websites.
Example of the case of Asos

As reported by Econsultancy, a good example of social commerce is the Asos advocacy program #AccessAllAsos. This program involved fans and customers of the brand who were selected for their social activity and influence.

By providing exclusive and exciting opportunities to generate unique content to the members of #AccessAllAsos, ASOS facilitated the publication on social of thousands of original pieces of content featuring the brand, and increased spontaneous brand mention by up to eight times … In summary it is clear that influential clients are one of the most valuable and strategic assets that brands can and should now be looking to activate and capitalise upon in their social media strategies.” (Econsultancy).

A step by step guide to working with influencers

When looking for an influencer, you should not base your decision solely on the number of followers that they have on social media or on their Klout score (a website that evaluates influence based on activity and interaction on all socialmedia), even if it is a high score.

The most important ways to find a good influencer for your brand are as follows:

Watch after the echo — look at the size of reaction to posts, the degree of implication, interaction and response;
Look for the exposition — look at the number of persons exposed to the messages of the influencer (the audience) and the extent of his or her communities;
Examine the participation and engagement of the influencer — notice if the influencer is taking part in a conversation after one of his or her posts and reacting to comments on his or her social media, for example.
Brands need to establish a specific strategy in order to find and work with influencers. For this, you can take a few easy steps:

Find the internet users — netizen — that already talk about your website (Google is a great tool in this regard; in addition, it will provide you with the blogs that have the best referencing on top of the list);
Find the internet users that talk about your competitors;
Find the people that talk about your activity sector;
Determine their social reach (by looking at their social media and engagement from readers);
Find who really reads them (by checking the comments on posts/articles for example);
Act — contact the influencers.
Contacting the influencers is not an easy step and has to be carried out with care. Influencers receive a lot of demands on a daily basis, therefore the first professional contact needs to be a clear and engaging conversation for the influencers. In addition, the proposition must fit into their editorial policy: it has to be a win-win relationship that matches both needs.

If finding the proper influencer for you seems difficult or unsecure, there are also other solutions for getting in touch with the right influencers for your market: communication agencies. Nowadays, communication agencies are working with bloggers and can offer a catalogue of diverse profiles depending on the type of work and advertisement you are looking for. There is obviously a fee for this type of service, however it can provide you with a safe and efficient solution. It is also saves you time by delegating the task to professionals who know the influencers that you need. 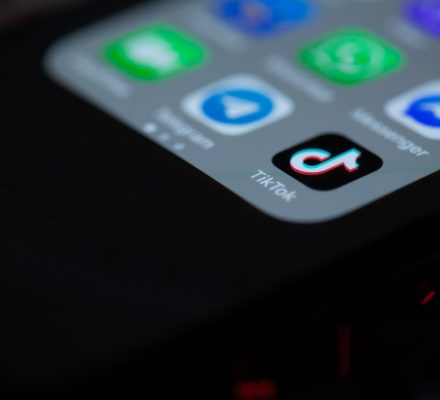 Why Businesses Should Include TikTok In Their Marketing Strategy

We have all witnessed the massive growth of social media [...] 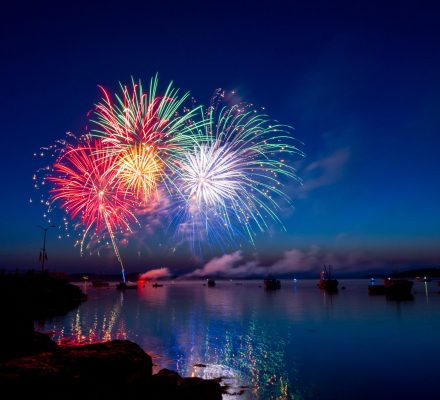 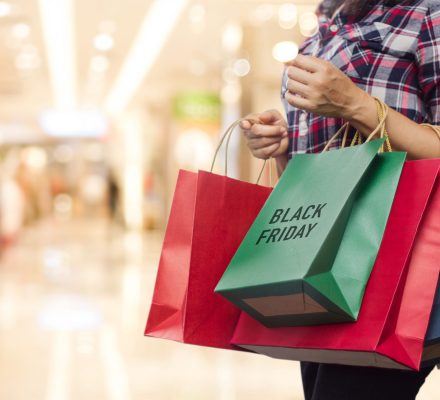 How to Prepare for Q4 Success

September has almost passed: the leaves are changing colour, and [...]

FIND OUT HOW WE CAN HELP 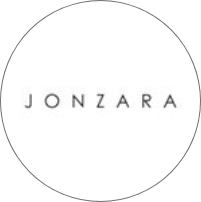 "With the launch of our new website, we needed to start again with our PPC campaigns to leave behind some of the bad habits that we’d developed. The Built For Growth team has been methodical in its approach, rolling out one campaign at a time to ensure it’s working successfully before moving onto the next. We have seen a great reduction in Cost-Per-Action from our paid channels. I would thoroughly recommend Built For Growth and their approach." 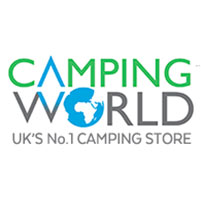 "We had our first online order within a few hours and passed £1m+ turnover in just over a year, far exceeding our most optimistic expectations. We really like Built For Growth Digital’s straightforward business model, and their powerful platform is ultra-easy to use. We always find the team to be incredibly responsive and supportive – they’ve stayed close to us and really helped us to grow our business."

"We’d never been totally satisfied working with other eCommerce companies, and when we took our own site in-house we were finding it a real challenge. Built For Growth Digital helped us build our beautiful new site, and they’ve also given us valuable guidance on ad words and Facebook marketing. Their team have been phenomenal – and the proof is in our online sales that have gone through the roof over the last two years."

"Built For Growth Digital have been providing an extremely proactive, hands-on service that’s helped take our businesses to the next level. They’re real experts in all aspects of ecommerce, with a creative and highly professional approach to marketing and brand building. Their consultancy has been key to helping us develop our website and make the most of the IRP platform. It’s brought structure to all aspects of our planning, and we look forward to continuing our work with them." 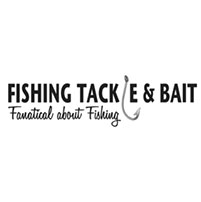 "We’re a full multi-channel retailer, with marketplace sales through Amazon and eBay representing a significant part of revenues alongside our own eCommerce site and physical store presence. Built For Growth Digital have helped us integrate our marketplace orders, stock control and returns, with everything linked through the IRP platform. In terms of the functionality on offer, they’re definitely at the top of their game." 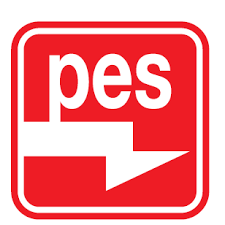 "Our journey with Built for Growth has been nothing but positive. We’re still in the exciting growth phase and we’re reaching countries we never thought imaginable. From Growth Consultancy to Design and Digital Marketing, the team at Built for Growth have a holistic expertise you wouldn’t find anywhere else"